How To Download QQ Music On PC, iPhone, iPad and Android 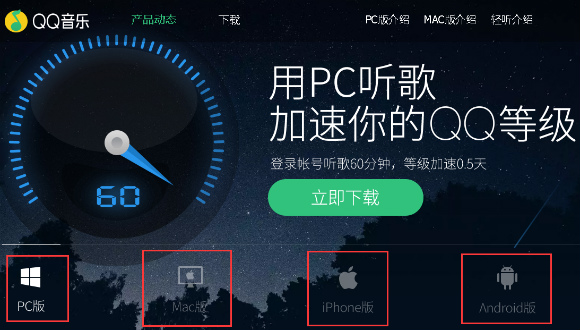 How Can We Use QQ Music Outside China

Let use know the principle first. QQ Music doesn’t allow IP address outside of mainland China to access or listen music. So it is blocking overseas IP address. The solution is to get Chinese IP address to use QQ Music outside China.

In general, you can use VPN or Proxy to get Chinese IP address. But proxy is only working for browser. Hence, I recommend you to use VPN. It is easy to use on Windows PC, iPhone, iPad, and Android device.

The point is to find Chinese VPN service to unblock QQ Music on iPhone, iPad, Android phone, Android tablet, Windows PC. Previously, I have wrote articles on top 3 China VPN for Android. If you are using Android, head over to check the reference. Because most of VPNs are compatible well with iOS, Mac, Android and Windows. Here, I will show you some VPN service providers offer Chinese VPN. You can use the VPN list below to unblock QQ Music outside of China.

HMA is one VPN service provider located in United Kingdom, offering  190+ countries servers, use the internet like a local, wherever you are. Check the App in iTunes store. BTW there are 3 China VPN servers in its server list. 30 days money back guarantee. Ahead to check the App in Tunes store.

Ivacy is providing more than 30+ countries VPN servers to protect online privacy, unblock content and surf anonymously. There are 3 China VPN servers in its subscription. 7 Days money back guarantee. See the App in iTunes store.

Green VPN is one VPN service provider in China, providing 20+ countries IP. Many Chinese VPN users are using its service. It is offering 5 mainland China VPN servers in its paid VPN service. Unavailable to refund. Check the App in iTunes store now.

FlyVPN is offering more than 70+ China VPN servers. It is the only one VPN service provider I find offering at most VPN servers located in China. Worthwhile, buy its premium service can enjoy 40+ countries VPN servers.  30 daus money back guarantee. Head over to check the App in iTunes store.

Whatever you want to listen music with QQ music from Canada, United States, Australia, Malaysia, Singapore, Japan, Taiwan, Hong Kong etc.. You can use the way above to unblock QQ Music App/Client from worldwide. If you think QQ Music is not very well, some users use NetEase Music and JOOX as QQ Music alternatives.